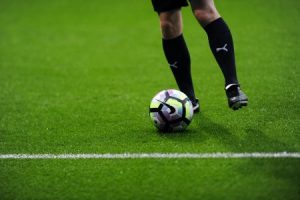 The Manchester United Swedish center Victor Lindelof remembered his former coach José Mourinho, currently still unemployed.
“I miss Mourinho in the world of football,” the defense confessed, eternally grateful to the coach who signed him from Benfica in 2017 to be part of the ‘red devils’ for 35 million euros.

“He is one of the best coaches that exist and I suppose he will get a job in one of the best clubs in the world,” he added regarding the Portuguese coach, who is still playing to occupy some of the benches of the big European teams, almost a year after having been fired from Manchester United.

Lindelof, in statements to his country’s newspaper ‘Aftonbladet’, did not detract from ‘Mou’ or praise his work: “He is a great coach and a great person. He has a great charisma and, although at some point you were not according to him, you respected him, because he has won everything and when he speaks, you listen to him. ”
Finally, the Swedish defender once again thanked everything Mourinho did for him. “I owe him a lot, because it was he who brought me and who gave me the opportunity at Manchester United. I appreciate him for everything he has said and done for me, from scolding me to giving me a hug,” he said.