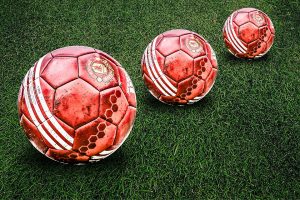 Tottenham finished last year contesting a Champions League final for the first time, but the ‘hangover’ of the Wanda clash is still tough. After six days of the Premier, the Spurs have only eight points, the worst record since the first season of Pochettino in London, 2014-15. In addition, Tottenham tied (2-2) against Olympiacos in the Champions League and was eliminated by Colchester, from League Two (the fourth category of English football), in the League Cup.

Kane’s self-criticism One of Tottenham‘s problems has been the management of markers in favor. Against Leicester, Olympiacos and Arsenal the ‘Spurs’ came to rest winning but did not take all three points.

In addition, the club’s performance in the market deserves criticism, especially for the decision not to sign a Trippier substitute. The young Walker-Peters, Aurier or the reconverted central Davinson Sanchez have been used on the right side, but none of the actions are convincing in a defense in which Vertonghen also seems to be far from his best level. “No one is the same person after playing a Champions League final. The image changes, the expectations are different,” said Pochettino. And that new situation is, for the moment, difficult to handle for a Tottenham who is having difficulty getting started.