Spain, to the European final after a superb match against champion Holland 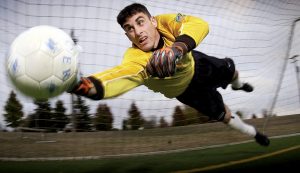 The Spanish team did not have anything easy against the world runners-up and champions of the last two Europeans, the selection of Holland, but those of Frederic Soyez showed their best face to prevail 4-3. In this way, the Red Sticks get into the final of the European Championship that is held in Antwerp (Belgium), which will fight for an Olympic place, which is awarded to the winner. Solidarity and a lot of pressure led the national team to success. Since 2007, in the United Kingdom, Spain did not touch metal (silver) and the last gold dates back to 2005 in Leipzig. A corner penalty materialized by Pau Quemada in minute 2 gave Spain an early advantage already in the first quarter. In the 19th minute, Pau Quemada scored a new corner kick again. Thus the break was reached (2-0), and again the Spanish strategy returned to work in a third penalty corner, which this time was responsible for introducing Pepe Romeu in the rival goal (min. 34). One hundred percent success so far.
Xavi Lleonart elegantly drove the ball to give the execution to Richi Sánchez. in the 50th minute and so to climb the score 4-0 that, a priori, offered some peace of mind.
The great Dutch pressure came especially in the last quarter, in which Spain cut numerous actions of the Dutch with penalty. Eight penalty corner of Soyez in favor of the champions (who in the third quarter missed their first two). The Spanish defense and Quico Cortés were very successful in most of them until the final minutes, in which the ‘Oranje’ could change his luck. Holland’s first goal came at 7:11 (min. 53) for the end of the game after a penalty corner kick. The second was scored in the absence of 1:20, already with player goalkeeper on the field, and the third already in the absence of five seconds, both after penalty corner.Belgium and Germany will face at 20:30 in the other semifinal. The final will be this Saturday at 18:30.