Arsenal legend Ian Wright believes Koscielny is staining his image in his nine years as an Arsenal player by not traveling to the preseason. 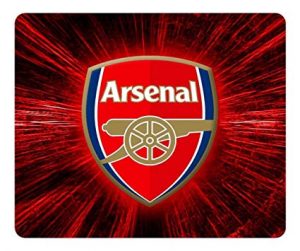 Nine years defending the Arsenal jersey thrown away. That is the opinion that Ian Wright, gunner legend, has regarding the situation Koscielny is currently experiencing. The French defender refused to travel with his teammates to the preseason as a measure of pressure to obtain the letter of freedom. All this despite the fact that he has one year of contract with the whole of North London. A surprising attitude of a player who had shown great commitment and who is also one of the captains of the staff of Emery.

Wright explained in his YouTube channel that “it does not enter his head that the captain and the leader of the Arsenal refuse to take the plane with his companions, more in a season that will be difficult, transition, and that will require the commitment from everyone to get ahead. ” He goes even further in that the attitude taken by Koscielny “is not a good example for anyone in Arsenal, who should take disciplinary action soon”.
He also went directly to the player to ask him what “are the reasons that lead him to act like that and who are the advisors who are so badly advising him”. In fact, Wright is puzzled that “a player who has rendered untold services, who has played with pain and suffering, is destroying all his legacy and legacy at Arsenal.”

So much so that he feels “disappointed by the attitude of Koscielny” and invited his representative to “make him see the shameful behavior that Laurent is having and reconsider himself, since such a terrible idea can not be only the boy” . Wright finished wishing that “the situation could be redirected”, although, Koscielny seems determined to return to Ligue 1, where Bordeaux, Rennes and Olimpique de Lyon have already shown their interest.